With the persistence and evolution of spatial injustice within the United States, the black female body continues to be (mis)read as being out of line. As such, the actions of African American women within the built environment are still perceived as transgressive, and are increasingly countered by emotional and physical violence, and death. Commissioned for the 2018 Venice Architecture Biennale, Amanda Williams and Andres L. Hernandez in collaboration with Shani Crowe, created an original sculpture that embraced the mantra BLACK WOMAN SPACE MATTERS; tackling questions of citizenship status, gender, and race at the intersection of history, theory, and practice of architecture 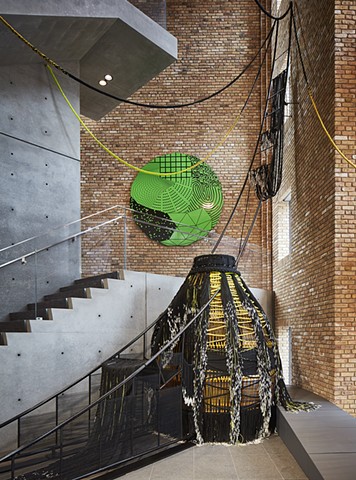 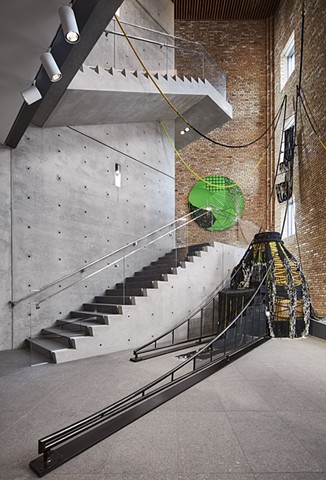 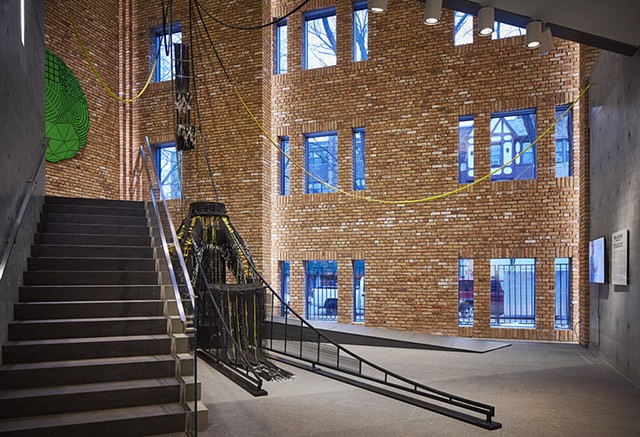 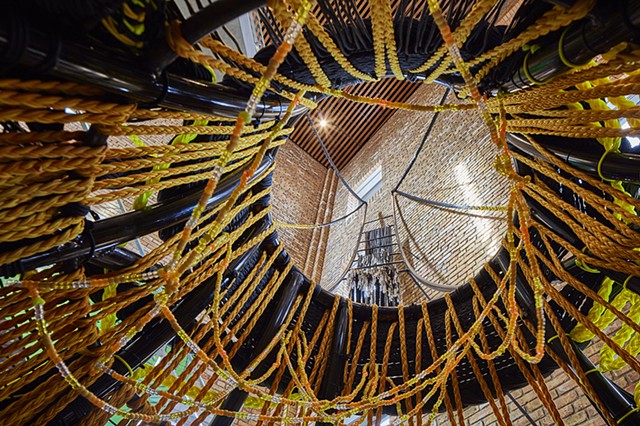 Thrival Geographies (In My Line I See A Line) - Interior Detail

(excerpt) African Americans’ ownership of property and use of public space for personal enjoyment has been historically perceived as transgressive behavior, and often met with punitive legal action, violence, and, at times, death. Given this context, the ability of African Americans to successfully navigate and shape the physical spaces within their lives has amounted to de facto survival strategies . . .Evoking clandestine routes charted and navigated by African Americans seeking both temporary escape and permanent freedom from the institution of slavery, our intervention strategically shifts orientation in its steady movement toward, and its shaping of, thrival spaces. . .The work highlights the unique ways in which black women have historically navigated and shaped space in order to advance their position in American society and takes the African American historical figures Harriet Jacobs and Harriet Tubman as muses. Harriet Jacobs sought a peculiar freedom within her loophole of retreat,5 confining herself for seven years to the liminal space of the garret of her owner’s house. Harriet Tubman found emancipation for herself and others through the network of safe houses and supporters from the southern to the northern US states and Canada known as the Underground Railroad. Although relative and precarious, the autonomy of the two Harriets was predicated on their ability to utilize tactics of fugitivity and duplicity in order to navigate the social and spatial landscapes of slavery.